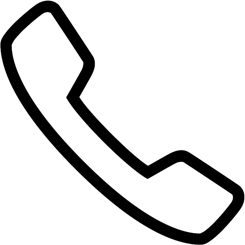 The RV lifestyle really is for everyone

RVing is sometimes referred to as living life on wheels. After all, the mobility afforded by an RV allows us to travel almost anywhere, and see far more of the country than we ever could from 30,000 feet. Perhaps no one appreciates this more than John Tessier, of Chatham, Ontario. John lives life on wheels alright. A few years ago he was involved in a serious car accident that left him a quadriplegic. Yet being confined to a wheelchair doesn’t preclude him from enjoying the RV lifestyle.

"Our family has always enjoyed the outdoors," explains John’s father, Tom.
"After John’s accident we just wanted to get back to a normal life and our RV has facilitated that. We still enjoy exploring and travelling all over, which with John’s special needs, would be extremely difficult to do any other way."

The Tessier’s RV is a Sunline Solaris travel trailer that’s been modified to accommodate John’s motorized wheelchair. The most obvious change is the extra-wide front door that opens to reveal an electric chair lift.

"There was quite a bit of discussion back and forth between the Tessier’s, their dealer, Mobilife, and ourselves as we determined what modifications would have to be made to the unit," says Carl Kern, custom option design manager for Sunline Coach. "The larger front door to accommodate the chair lift took some coordination since Mr. Tessier purchased the lift from one supplier and we built the door around the dimensions we were provided. But it worked out well and it all fits like a glove."

With the problem of getting in and out solved, the focus switched to getting around inside the trailer. Interior passages had to be wide enough to accommodate John’s chair and provide enough room for him to turn around. The standard front bedroom was replaced with a specially-made bed with an overhead lift, and the shower was enlarged and redesigned to provide roll-in access.

"The modifications didn’t add a lot of weight in the end," says Kerry Williston, general manager of Mobilife RV, who coordinated the project. "It was more a matter of moving things around and reconfiguring the interior layout a bit. Sunline did a great job building the RV, we didn’t have any real problems installing the additional hardware and the Tessier’s love the finished product, which is what matters most of all."

While having a trailer specially-built right from the factory might represent a perfect scenario, it is also possible to modify an existing RV to allow wheelchair access. That’s what Harvey Krotz Ford RV Center in Listowel, Ontario, did recently for one of its customers.

"We have a wheelchair-bound client who is a competitive target shooter," says general manager Greg Skinner. "This gentleman purchased a 26-foot Trail Cruiser travel trailer and we modified it so he could use it for camping with his family and as a home base when he goes to shooting events. It took us about a week-and-a-half to make the trailer wheelchair-accessible."

Rather than fit a pre-manufactured chair lift, Skinner widened the unit’s standard 26-inch door to 34 inches and custom-built a fully articulated lift to fit, using a pair of power jacks from a truck camper. The dinette table was trimmed back to provide more interior clearance, and the bathroom completely rebuilt to allow room for the gentleman’s chair. Technicians replaced the tub/shower with a new, low profile shower pan with a bench and grab handles, removed a vanity, repositioned the toilet and relocated all of the associated plumbing fixtures. Some electrical switches in the trailer, such as the one to open and close the slideout, had to be repositioned as well.

"Otherwise, it remains a stock unit," says Skinner. "And what counts is that the gentleman loves it."

With all the comforts and conveniences of home, RVs allow everyone to travel. RVing has always been about freedom, and that includes freedom from barriers.